Oregon artist Grouper, or Liz Harris as her real name is, played a sold out show during the first regular day of the Intonal festival in Malmö last Thursday. Taking the name Grouper after the commune where she grew up (known as The Group), Harris has released many albums since debuting in 2005. At Intonal, she played in the S:t Johannes church not far from the main venue Inkonst.

The church has typically been used as a more public window into the mainly experimental festival, usually opened up to free events on the first day of Intonal. Last year, a very limited amount of people were able to visit the festival and the church could not be open to the public. Instead it was used as a main venue throughout the festival. This year, the crew decided to do something different. While being a ticketed event, the Grouper show was also open to non-festival participants and about 500 people had turned up for one of Grouper’s rare performances in Sweden.

Last time I saw Grouper perform was actually at Inkonst in Malmö about a decade ago. At that point she was touring with the markably experimental record Violet Replacement and the show consisted of just one long composition.

While having recently put out a new album on Kranky (called Shade), her tour set has only focused on one track from that record and has instead showcased a number of new tracks. Most of the set at Intonal consisted of muffled guitar and samples from cassettes. Harris’ voice seemed to disappear into the ether of the large open spaces of the church, almost blending unnoticeably into the mix.

Much of Grouper’s recent material has been more acoustic and utilising piano and acoustic guitar, but Thursday’s performance took a more noisy approach, with the guitar interacting with static hiss that would sometimes break into washes of pure noise. While not being performed that night, the opening track of Shade – “Followed the Ocean” – would be a good point of reference.

The less accessible sound of Grouper’s self-released records on her Yellowelectric label, such as the double A I A release, came beautifully to light at Intonal. And the opening performance from Alma Söderberg helped to create a unique setting for Grouper’s dreamy performance. 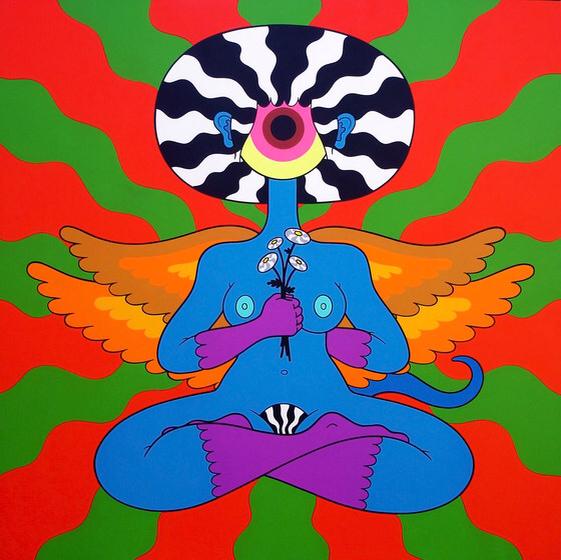