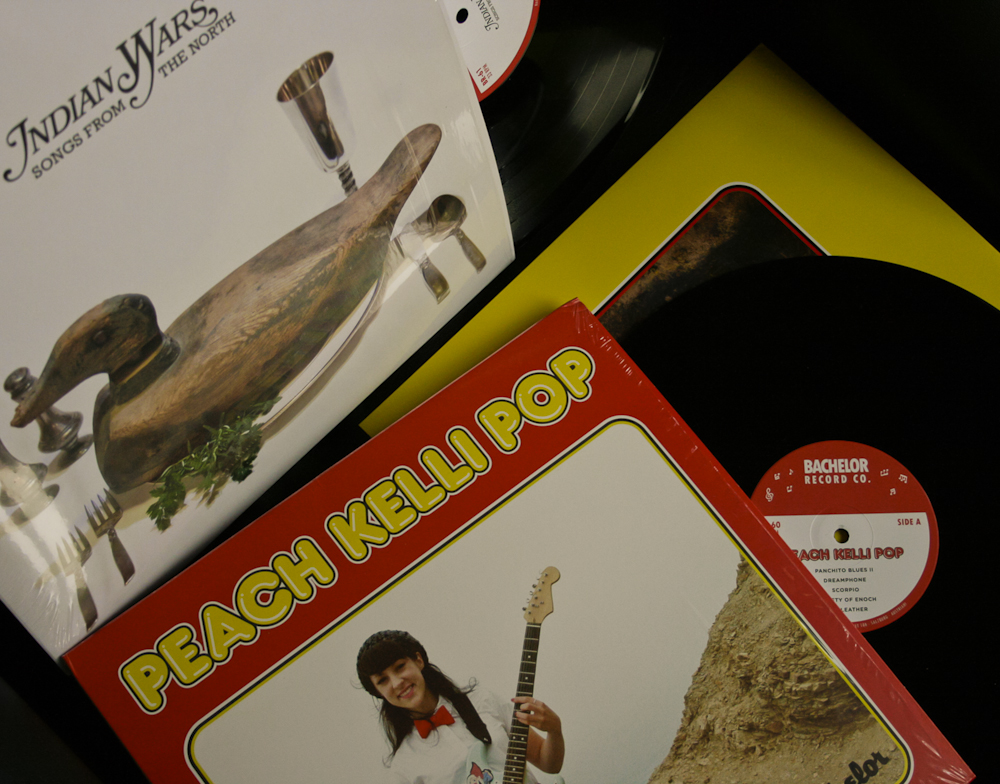 Arriving just in time for your year-end lists and Christmas shopping are two LPs from Bachelor Records. Peach Kelli Pop is the second and self-titled album by Allie’s (White Wires) Peach Kelli Pop. Last year’s debut was among the best albums of the year, although it was originally released by tiny label Going Gaga in 2010. For the new record, Allie’s sticks with the lo-fi attributes and delivers 10 sugar-sweet punk numbers spread over two 45 rpm sides. It shows a slight bit more variation in song structure, but if that’s what you’re looking for I suggest you go somewhere else. This is music for people who want a thrill, and don’t want to waste more than 20 minutes getting it. I’ve already played it three times, and I can’t even pick my favourite track yet. The best thing is I don’t have to, I just flip it over and play it all again. But why don’t you have a listen to “Red Leather” below, which could almost have been a White Wires hit.

Indian Wars first came to my attention through their affiliation with Dead Ghosts and a brilliant first 45 “Ghost Letter”. Since then, they have faithfully stayed with Bachelor and now deliver their second longplayer. For a Canadian band, they seem unnaturally attuned to down-South roots music. A few whiffs of country rock and bluegrass flicker by as titles like “Mississippi”, “Florida” and “Pastor Phillips” set the tone of the album. Songs From the North does kind of feel like a trip “There and Back Again”, as the opening track is called. A musical trip both back over latitudinal lines and back in time. “Windshield Wiper Blues”, “Wastin’ Time” and “Already Home” reinforce a travelling theme, while the full-on “Denny” invariably brings to mind fellow garage/country enthusiasts Denney & the Jets. Although Vancouver is a long way from Nashville, these groups share what is currently quite an unusual mindset. It’s a gritty sound, miles away from The Jayhawks or other staples of modern country rock. It’s no surprise to learn that the entire Indian Wars set was cut in one studio session. I think they shine the brightest on the sparkly second track “Sweetheart of the North”, where they mix up their sound with some West Coast folk rock (hear it below). Closing track “Who Needs a Girls Like You” with its lengthy Dylan-circa-’65 jam also impresses. 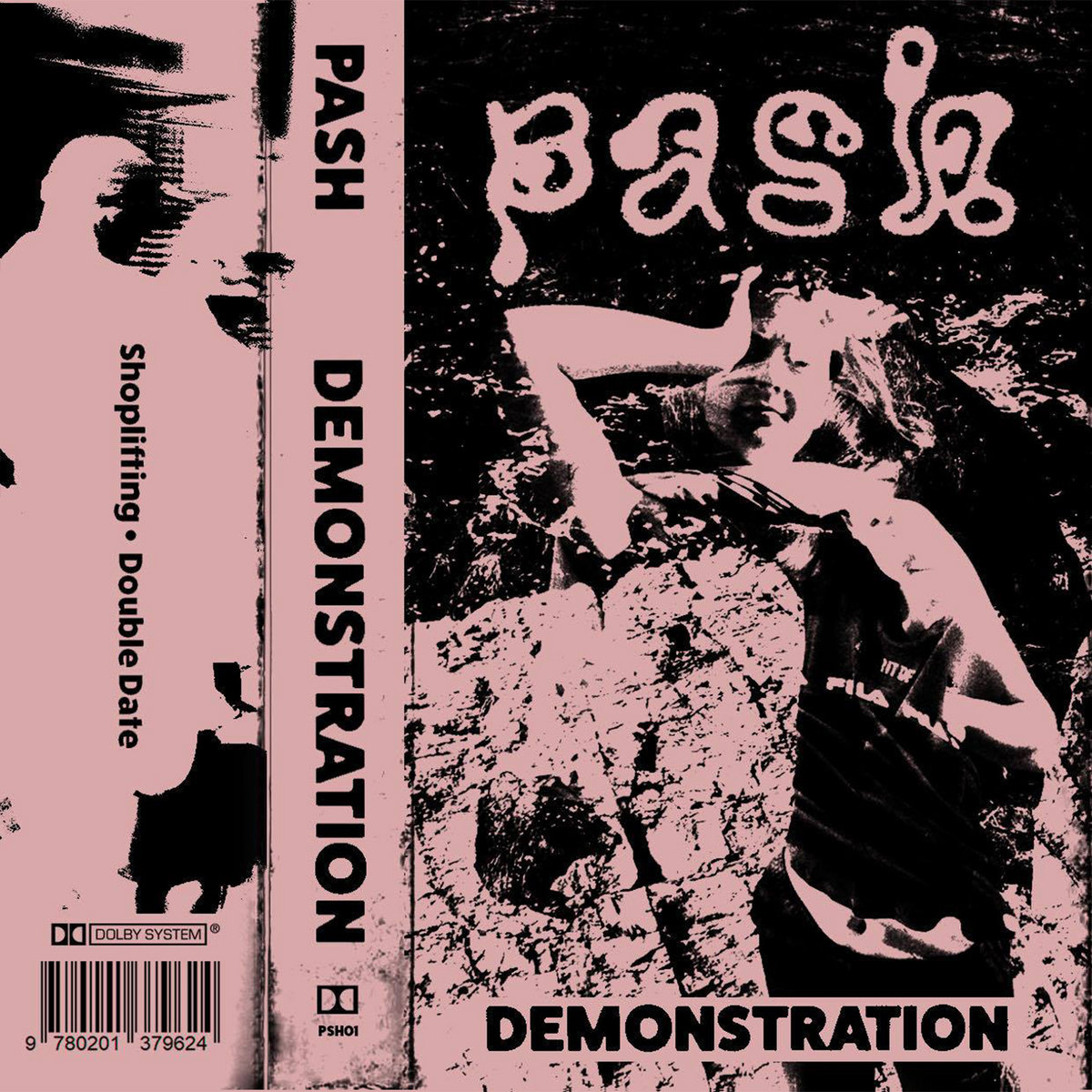 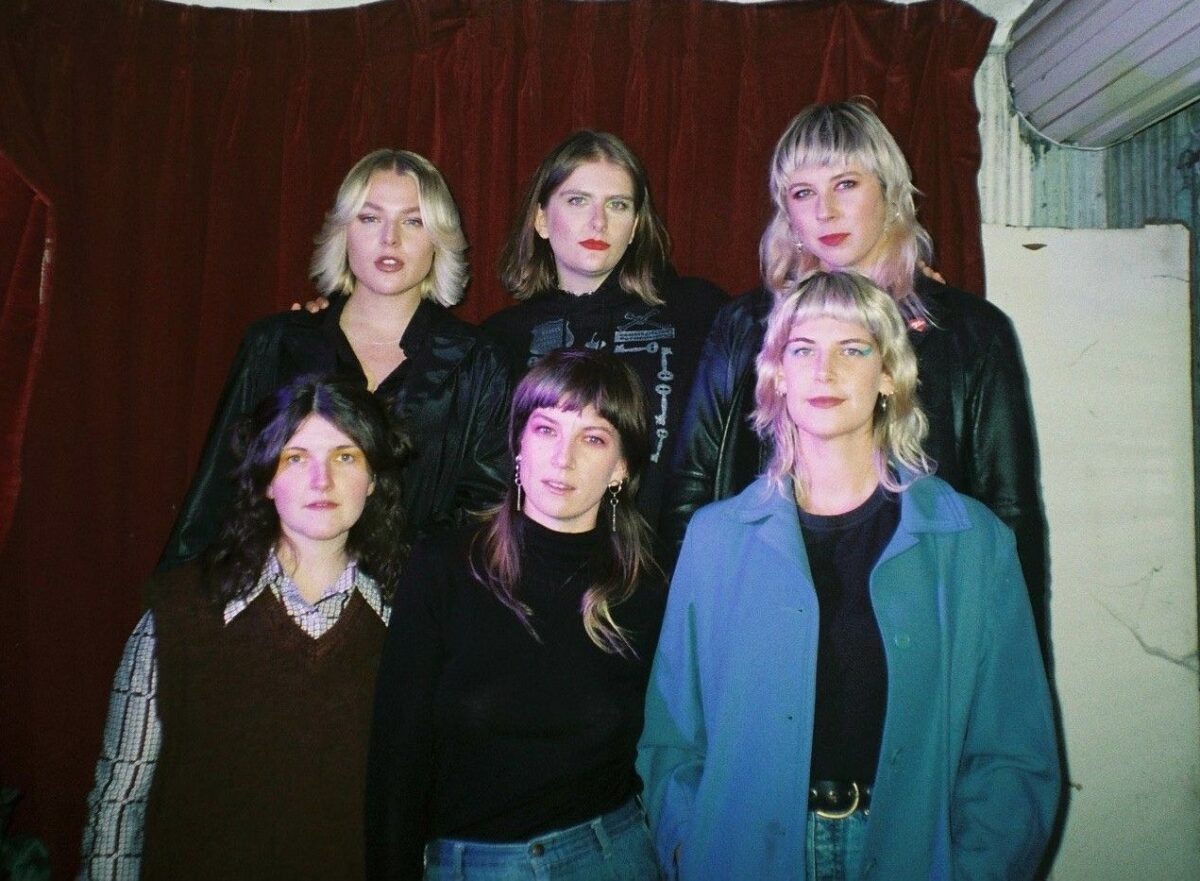