Paul Messis is back with a new LP, released on American label 13 O’Clock. It’s called Songs of Our Times and sees Messis stretch his songwriting to new heights. I think it might even be his best effort yet, which is saying a lot because he also plays in a bunch of bands – including the sixties-styled psychedelic garage group The Higher State. Messis is actually playing most of the instruments in that band now and contributes to the songwriting.

About that… you play in several different bands/projects. How do you choose the material for a Paul Messis record? Is it purely a 60s thing?

No it’s not particularly a case of choosing what material fits which. With my solo stuff it has always kind of revolved around the same 60s influence, this is true, but the decisive factor for me in regards to my own solo work is that I write good song. Songs with interesting melodies and lyrics. It is definitely a case of trying to perfect my craft as a songwriter and pushing the boundaries of what one can do within the genre. For me it’s very important not to come across as a typical garage band and to (I guess) bring something unique to the table.

With Suburban Homes it’s different. That project has always been a vehicle and outlet for some of my anger and resentment. And with The Higher State, I guess it’s an extension of my solo work, however I am writing songs with Marty’s (Ratcliffe) vocal style in mind. I guess the theme which ties all my projects together is the desire to be REAL and to transmit an energy of honesty.

I think a lot of people like your confrontational lyrics. What makes you most upset/resigned when you think about the world?

A lot makes me upset about the world. It’s hard to pinpoint one specific thing, but one of the things I am finding difficult to cope with right now is the hypocrisy of humans. Human beings tend to say one thing and do another, and I find this very hard to take, whether it is in the political arena or in a personal, one-to-one way… I just don’t see much honesty out there right now.

Ariel Pink recently made an album in tribute of Bobby Jameson, the protest singer. If you had to pick one songwriter for a similar project, who would that be?

I liked that LP by Ariel Pink and feel that songwriters like Bobby Jameson definitely need to be heard and honoured in such a way.

Me however, if I was to do a similar project, I’d like to maybe highlight the talents of Dick Campbell. He was a rock’n’roll artist in the early 60s, but in 1966 he released one LP called “Sings… Where It’s At”, which often gets lumped into the “fake Dylan” kinda trip. But I find Dick Campbell a very interesting character and even more so an interesting songwriter. At times I find his lyrics to be very PUNK, especially on his lone LP. And I find the album as a whole very emotive and genius in some regards… I actually prefer it to some of Dylan’s work.

There are countless great songwriters who could each have LPs dedicated to them.

You also run a record label and stay in touch with many other musicians. Is it hard to find bands/songs on which you can break even upon releasing them?

I enjoy working with other musicians and seeing their ideas grow to the final culmination of a 45, which I have some input in releasing…. It’s a nice feeling for me to release a record for another band – I get a lot of fulfilment doing that. More so than actually having records out myself… If I had the money, I’d love to put even more great bands out. I get approached almost every week by bands and the last few times, I’ve had to turn down some really interesting groups due purely to the fact that I cannot afford to have other releases in motion, which I need to pay for first.

Each of my Market Square releases is limited to 300 and there is many reasons for this. A) SPACE – I can manage 300 in the limited space which I live in B) AFFORDABILITY – I can only afford to press 300 C) RISK – 300 allows me to take a risk on a potential unknown musician and hopefully sell the record and get some of my money back and D) PUNK – 300 has always been a quantity for most underground punk releases and even independent record labels from the 50s and 60s always used to do 300, so I’m just continuing that legacy.

There is however, ZERO profit from doing 300 7″ records. I can just about break even when I sell them all, and basically that money will pay for the next release. Fortunately many of the releases have sold out and the others are all at low quantity, and this is good for both the label and the bands.

In terms of finding bands, I basically release things I like and enjoy plus bands I am actually a fan of, that’s the most important thing.

I definitely need to respect the bands or musicians I am releasing and I need to see something in them I resonate with. More often than not, it’s a total respect for that artist and also a respect for their art and songs. The second important thing is that they are good people and understand the whole DIY aesthetic I am going for with the label…. I believe I am the only label NOT on social media and for me it’s good having people around who understand my needs not not engage with an audience in that way.

Will you continue recording under your own name?

Despite currently feeling very disillusioned with making music myself, I will always be writing songs in some capacity or other… So yeah, I will likely continue recording under my own name for sure.

I’ve been playing around with more folk/acoustic ideas recently and have a few ideas floating around. I am finding acoustic stuff way more free and easier to do right now.

I’ve also got some big life changes about to occur in 2018 which may mean I need some time out of music recording, but I certainly would love to do a couple of more 45s before I hang up the guitar for good.

Thanks to talking to us Paul! Make sure to pick up the most recent Market Square 45, by Swedish punks Skiftande Enheter. 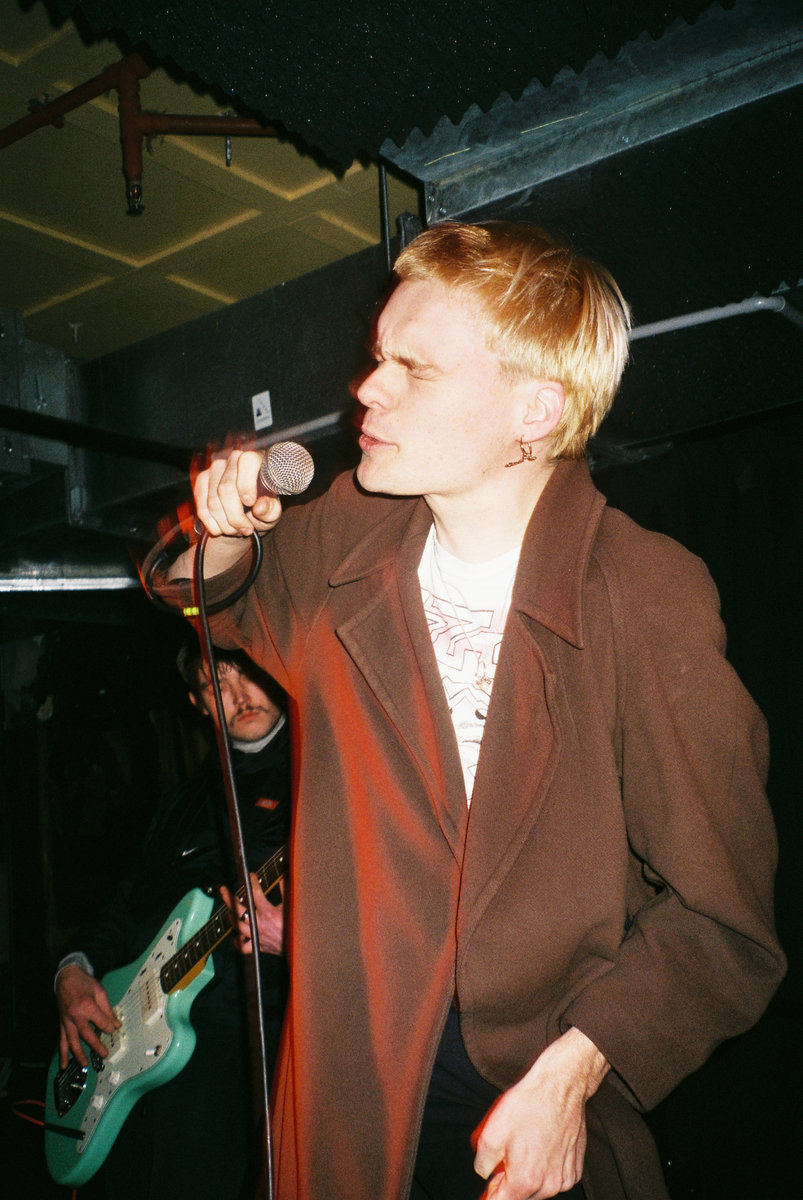 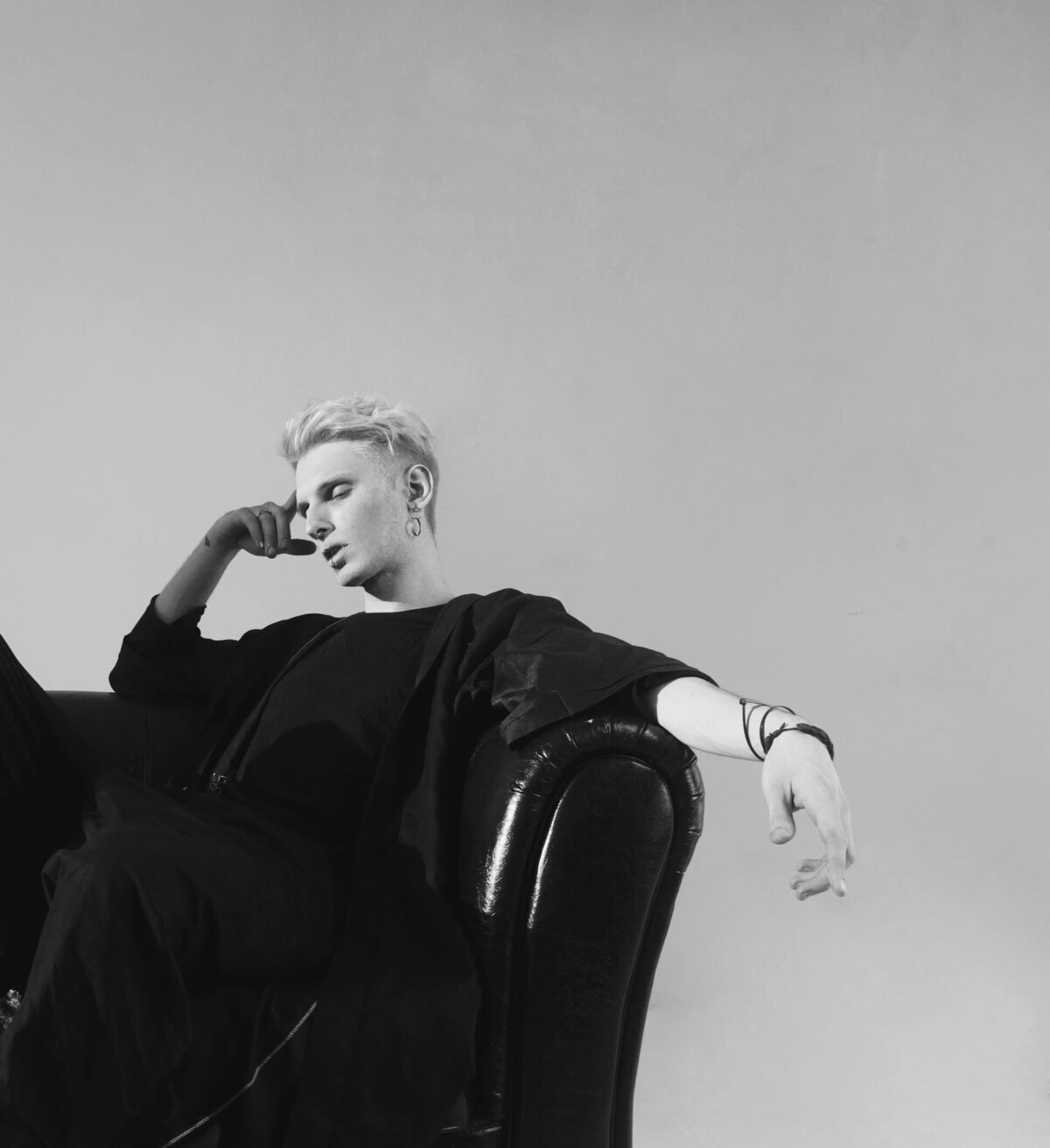